Tommy Chang, a 2013 graduate of LMU's Doctoral Program in Educational Leadership for Social Justice, was recently named the superintendent of Boston Public Schools. In this new role, Chang will be responsible for utilizing his experience and collaborative approach in bringing innovation to Boston's schools, which consists of more than 57,000 students in 128 schools.

"Boston matters," Chang said in a statement to the Boston Globe. "As the birthplace of public education in America, it needs to serve as the model for what public education can be, not only in the United States but in the world. 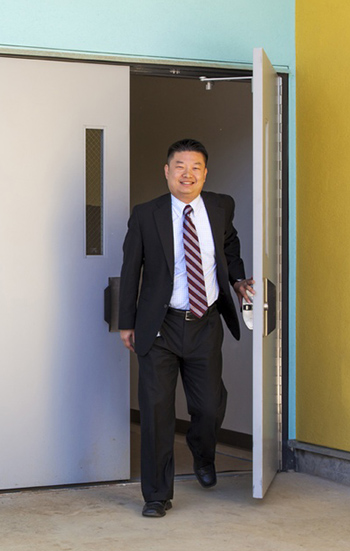 For the past three years, Chang has been an instructional superintendent in the Los Angeles Unified School District, leading the Intensive Support and Innovation Center. In that role, he oversaw 135 of the district's low-performing as well as its innovative school models. Before joining LAUSD, Chang also served as principal with Green Dot Public Schools in Venice, Calif., for six years. In addition, he spent six years at Compton High School as a biology teacher.

"We are extremely proud and excited to hear the news of Tommy Chang being selected as Boston's next public school superintendent," said Shane P. Martin, dean of the School of Education. "Chang's emergence as a leader of one of the nation's largest school districts is a testament to our graduates' commitment to triggering the kind change critical for the future of our schools and communities."

As Chang prepares for his new role in Boston, he plans to draw upon his experience as an alumnus of the Doctoral Program to shape his vision for Boston Public Schools. In a recent interview for LMU Magazine, Chang recalls his experience at LMU and how it influenced his strong commitment to social justice and life-long learning.

"When I was at LMU, I was part of a very tight cohort that believed our purpose was to become leaders, to make a difference in our work and our lives, and to lift kids out of poverty," he said. "The program also reinforced in all of us that this mission was important not only then, but for the rest of our lives. We have a mission to ensure that all kids have the same opportunities in life."