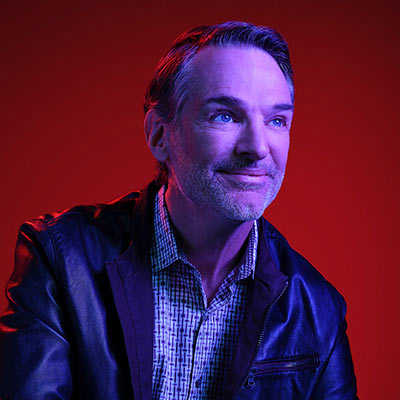 Tom Mueller, M.S. ’92 was working in the aerospace industry and enhancing his education at Loyola Marymount University when his master’s degree thesis propelled him to new heights.

As a youngster, Mueller had played a lot with miniature rockets and dreamed of launching his own company. That trajectory led to good jobs at Hughes Aircraft and TR, but he felt that he needed a more well-rounded education and that a master’s degree would improve his chances of moving into more challenging positions. Outside of work, Mueller had been active with the Reaction Research Society, an amateur rocketry association, where he developed a 50-pound thrust engine using liquid oxygen and kerosene as the propellants. He persuaded his adviser, LMU Faculty Hall of Fame member Professor Joe Callinan, to allow him to use the design for his thesis. Through this work, and the society contacts, Mueller met his next boss, Elon Musk, president of SpaceX.

The LMU alum, now a senior adviser for the company, became co-founder and vice president of propulsion development — and employee No. 1 — of Space Exploration Technologies or SpaceX. The ambitious, Hawthorne, California-based commercial developer of rockets and spacecraft has made headlines with its launch missions.

Mueller has maintained his ties to LMU since graduation; he was the 2013 Graduate Commencement speaker and received an honorary doctorate from the university; he’s been profiled in the award-winning LMU Magazine; and he’s given talks on campus. He said he returns to LMU to give back and that he “has a unique story to share that may be inspiring to some.”

When the Idaho native talks to young people, his message is a positive one. “Do what you love to do and have a can-do attitude,” he told a packed audience of students, faculty, alumni, staff and community members at LMU in March 2016. He also likes to talk to elementary school students. “They get really excited by the experiments,” he said.

Mueller has followed his sense of adventure throughout his life. “I was lucky I knew what I wanted to do at an early age,” he said. And he’s followed that path higher than he had imagined.